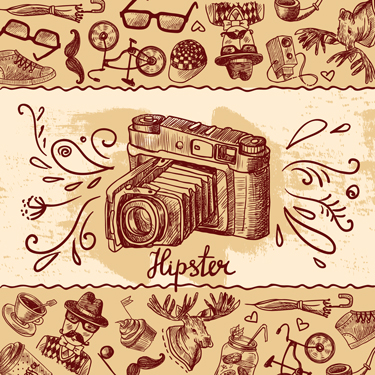 Originally, these two platforms were used for little more than quick, image-based communication and sharing between friends (Snapchat and Instagram respectively). However, they’re now in a titanic struggle to snag users from each other and appeal to businesses. Today we’re breaking down the battle to determine which site offers the best opportunities for marketers (and what Facebook is really up to).

So What The Heck Is Going On Between Snapchat & Instagram?

The short answer? A lot. Almost too much to keep track of. In the past couple years alone, major changes have come to the platforms, including:

Each of which is enough for marketers to turn their heads, and we could easily write entire articles on any of these major updates: that’s how big they are. However, it’s hard to tell what the fallout will be from this corporate clash, and who will come out on top is up for grabs.

Looking At The Numbers: Who’s Best For Business- Snapchat Or Instagram?

Snapchat boasts over 100 million active users, 70% of which are female. Their primary demographic consists of young adults and teenagers aged from 13 – 24. The vast majority of college students are on Snapchat as well. With such a huge market of practically untapped potential on Snapchat, why do most marketers say they’d rather use Instagram?

Instagram has 700 million users: 400 million of them are active each month, 75 million of which use the platform daily. Here’s what their demographics look like:

The numbers are certainly staggering, but Instagram has more than pure popularity behind it. Econsultancy found that Instagram blows Twitter out of the water in engagement. Targeted video and image ads can reach audiences in the millions, and attract thousands of followers.

After looking at the cold-hard stats, it’s easy to see why marketers favor Instagram over Snapchat. Instagram has the numbers, the ease of use, and the corporate support (we’ll get into this in a moment) that makes it an attractive market for big brands and small businesses alike.

Previously, the video-messaging niche was firmly in Snapchat’s grasp. But Instagram Stories has muscled away many of Snapchat’s core demographic with longer videos and copied features. Stories’ impact can’t be understated: Snapchat’s growth slowed 86% after launch.

So why bother with Snapchat? While it may not have as large an audience, it does excel in an area Instagram doesn’t… specificity. If you’ve identified your target audience to be younger consumers, especially young women and teenage girls, Snapchat may be your go-to.

What Does Facebook Have To Do With Any Of This?

The answer is more complicated than it seems. The ongoing fight between Stories and Snapchat is actually a proxy war between Facebook, which owns Instagram, and Snap Inc., the parent company of Snapchat. Facebook has been trying to entice Snapchat users away from the platform by incorporating similar features and closely integrating Instagram with Facebook.

In 2013, Facebook offered to buy Snap for $3 billion, but Snap refused. Whether the real issue is who gets to dominate the field of AR in the future, or who can appeal to businesses and marketers better, the fight is officially on. And there’s no clear winner in sight.

Our best advice is to keep close watch on the skirmishes between these two social media giants and look for new features that may compliment your business. If you’re interested in the latest social media marketing news, get in touch. We’d love to talk Snapchat vs. Stories, AR, and more.