Some call it brilliance.
We call it a purpose.

Hire a team that’s passionate about creating and innovating, and you’ll attract clients that are passionate about your business. It’s common sense in a way. One goes hand in hand with the other.

Being creative and passionate about storytelling, collaboration and engagement in business requires a purpose-driven approach. When you focus on engaging your audience, people notice.

Why pay for experience?

There are so many low-cost alternatives, right?

Sure, there are also pyramid schemes, penny stocks, and plenty of other half-baked bad investments you can consider—if that’s your thing.

Two truths about the internet, though:

More Reasons To Work With Us

We didn’t graduate from YouTube University. We’ve been doing this for awhile. Unlike some online shops, we perform the work we sell ourselves. We like it this way, because we can guarantee a level of quality that isn’t possible otherwise. We bring you decades of experience and training in all the services we offer, from formal education in our fields to years of real experience with clients of all sizes, ranging from small businesses to large corporations.

Our experience allows us to offer strategies and systems that work. Creativity allows us to intuitively find new ways to expand on those strategies to innovate the ways we serve each client’s unique needs. It’s something that runs in our blood, and flows through our intuition.

Austin Alexander helms the team at FEAD like a round table, and he wouldn’t be anywhere without his team. Seriously. He is a writer, content marketer, “creative”, and designer from Austin, Texas. He graduated with two Bachelors of Arts degrees from St. Edward’s University in English Writing & Rhetoric and Theatre. He also holds certifications in web design and programming. He’s worked as a web & graphic designer, content writer, blogger, print advertising sales rep, and much more. He loves connecting with people through stories, so content marketing just made sense to him.

FEAD Media was a vision he and the rest of the co-founders had working together as a sort of merry band of freelancers. If good help is hard to find, maybe he’s just gotten lucky a bunch. When Austin’s not working he’s acting, writing, playing music, or travelling with his girlfriend. He’s done and does a little bit of everything, which he says is a blessing and a curse.

David Pope is the Original founder, co-owner, and CFO of FEAD MEdia. He spent 10 years in the Navy in aviation electronics and teaching computing. After that, he graduated from San Diego State University with a degree in Systems Analysis. He then spent 28 years at Shell Oil Company where he managed all aspects of computing including the introduction of personal computing, internet, end user computing and office automation.

David Pope is the “secret architect” behind the business development and growth at FEAD (Our words, not his). He provides the team with an experienced sounding board for new ideas and proven business practices. For an old guy, working with this team of bright, young, talented professionals is challenging, exciting and is keeping his mind active. No matter what work he’s been involved with, his top priority has always been his family. He and Betty, his wife of 58 years, enjoy traveling in their small RV, seeing the U.S. and visiting family and friends.

Skyler Underwood keeps the wheels turning and faces smiling at FEAD. She is currently working on her undergraduate degree in health & fitness management at Texas State University. She is a certified personal trainer from the National Academy of Sports Medicine. She plans to use her passion for health as a driving force for her ultimate career goal: to help change lives for the better. She previously worked as a sales and product specialist in the health industry for a year. She also spent four years as an assistant manager in the service industry. That experience early on taught her the true importance of responsibility, reliability, and determination.

She loves hanging out with her pup, traveling and watching scary movies. She also loves to #nomnom on Mexican food, chocolate chip cookies, and all of the things…and doesn’t care that it contradicts her passion for health and wellness. Girls gotta eat.

We do not have “standard pricing” on most of our services, because every client is unique. We do have different pricing options that we offer to clients that would like to take advantage of hiring us on a monthly retainer basis. This gives clients priority status in our service queue, as well as a significant discount on our normal service rates.

We also like to make sure that we offer as much information to potential clients as possible, so we have answered a few FAQs in order to expedite your experience. If you haven’t found the answer on our site, make sure you reach out!

How much do your services cost?

We do not have “standard pricing” or pre-packaged rates for most of our services because we normally adjust our rates depending on our clients needs and budget on any given project. Additionally, given the nature of our work in creative media and design, different projects take different amounts of labor and we have found through years of experience that pre-packaging our prices normally end up costing our clients more.

However, we competitively price all of our services and are always open to negotiating our rates within reason.

What is your turn around time?

Turn around times vary from project to project. We are a boutique media shop, so delivery times are dependent on the scale of the project in question and our current workload.

What kind of clients do you work with?

Typically, we most enjoy working with companies that are passionate about what they do and the services they provide. We have worked with a wide array of clients in the health, technology, finance, legal, and personal services sectors.

We work with a wide range of clients, including helping SMBs and medium to large corporate clients with all of their media and marketing needs.

How to Pick the Best Page Builder for Your WordPress Site

There are so many people who have been using WordPress for their website (in fact, so does the one that you’re on right now!) these days. However, not everyone is an expert at it. There are many things you have to take into consideration when you’re running a website...

END_OF_DOCUMENT_TOKEN_TO_BE_REPLACED 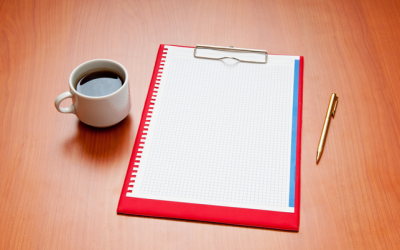 For any business that has a website, creating good content to generate traffic is always a big problem. More often than not, you may face a writer’s block, or you may wonder why your content is not generating sufficient traffic! So we’ve written this article to...

END_OF_DOCUMENT_TOKEN_TO_BE_REPLACED 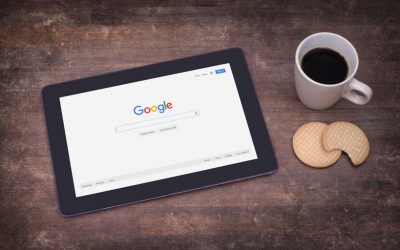 Why SEO Will Never Die

In this day and age, people look online for everything. Just one online search leads you to the most relevant websites -- but how do websites get to the top of the search results? The answer is SEO. Search Engine Optimization is still one of the best (and most...

END_OF_DOCUMENT_TOKEN_TO_BE_REPLACED

Just a few of the clients we serve…

Do you have questions? We love answering them!

Let's grab a cup of coffee or hop on a video chat and discuss why we might be just the thing that you've been missing.