7 Lessons You Can Learn From Clickbait (#1 May Shock You!) 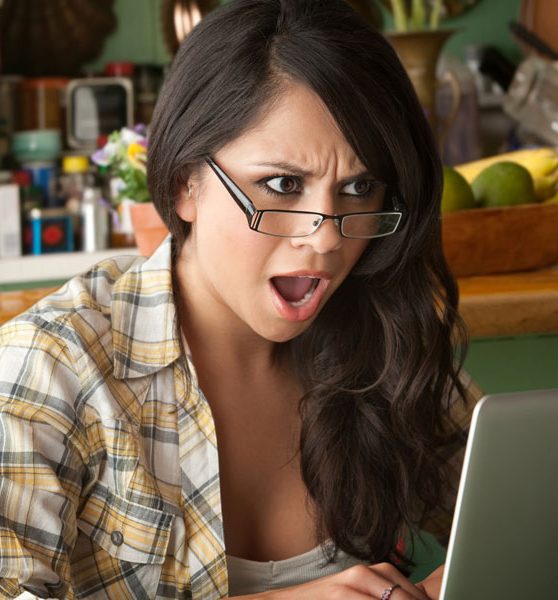 Clickbait. It has become a dirty word in internet culture. Any utterance of the word will be met with a snarl and a turned up nose. Regardless of that fact, one thing is undeniable: clickbait titles are still successful in garnering attention from scrolling eyes. How many times have you knowingly clicked on a list article because “..number xyz will shock you!” Seeing as how it is in the title of this article we can guarantee that it was at least once. There’s no shame in clicking a clickbait title. We’re do it too. There’s a certain appeal to a clickbait title that titillates: you need to know and you get hooked.

That being said, there are a few things we can learn about catching attention and gaining traffic from clickbait.

The obvious question here is “why?” Why are clickbait articles so successful? Why do they have this entrancing effect, even on people who are privy to these marketing tactics? The answer lies in one major detail in human psychology: curiosity. One of the key features of a clickbait title is that information is intentionally left out of the title in order to force the reader to click the article and discover the remaining information. The article title tells you absolutely nothing about the actual content, and just leaves you with nagging questions. An itch that needs scratched.

Why You Should Never Feed Your Dog Chocolate

This Man Left his Dog Home Alone, What He Came Home To Will Shock You

The article could literally be the same for either title, but which one beckons to the reader? Which one incites the reader to dig further? The second title could be about a man coming home to a sick dog and an empty bag of chocolate, or he could have stumbled on his dog performing some sort of strange occult ritual with the cat. It prods at the imagination. You would just have to read to find out.

Fear of Missing Out (colloquially known as FOMO) is a marketing principle that refers to a consumer’s fear of missing out on a sale or deal. Think about it, how many times have you bought something at the store just because it was on sale? Chances are at least once.

Clickbait articles create a sense of informational FOMO. Do you want to know why “number seven will shock you?” Of course you do. In that moment, you subconsciously can’t imagine your life without knowing just why “number seven will shock you.” This is really just a way to capitalize on the completionist personalities who can’t go without knowing — or get anxious when information is intentionally left out of a title and they’re forced to click it in order to satisfy a compulsion.

Clickbait is like junk food. It’s cheap, it’s trashy, we know we shouldn’t consume it, but we do anyway from time to time. Much like the reason that Little Debbie still sells cakes; clickbait still gets clicks, reads and shares.

The key to using clickbait as a professional is to offer something more. Going back to the sweets analogy: imagine your standard clickbait article is a “Twinkie.” As a business professional, if you’re using clickbait-esque titles, you should be a dessert of fruit and cream. Offer sweetness and appeal on the surface, but a deeper wealth of vitamins and nutrients in the content.

No…they don’t. On their long path to world domination, these corporations see this man/woman as an insect that is easily trodden on. However, if this content is helpful or powerful, then the slight hyperbole in the title is forgiven. The content ALWAYS has to live up to the hype. Nothing will drive down conversions more than being underwhelming to your audience.

This sort of title works because it offers the idea that you can cheat the system a little bit. A hope for the average person to get ahead. This young entrepreneur may have found a way around paying a certain fee, or a service that would save you time and money. Not much attracts attention like the promise of more time and money. Just be sure that what you are offering after the click is worth the reader investing their time.

5. “This One Simple Trick You Won’t Want to Live Without.”

When drafting a title, it is imperative to keep working on it. Write several alterations and alternative titles. Come up with a list. Try out different classic formulas; tried and true clickbait old standards with a spin. Avoid being too cliche, but don’t be afraid to use the occasional classic. Make a list and test the main and alternative titles on your friends, co-workers or co-operative project members.

Additionally, don’t be afraid to experiment to find what works. Pick parts of your mailing list to send one title to, and send another part of your list an alternative title. See which one gets a better reaction.

Titles are all about attracting attention. That is the only purpose they serve. There is no need to craft a title that gives away too much. You need that sense of curiosity. That fear of missing out. Giving away too much will just cost you clicks.

Keep the titles shallow. Keep them catchy. Keep them keyword compliant. Go deeper in the content.

7. “Not Just Meta Anymore: How to Write Catchy Subtitles Your Readers Can’t Resist”

From an SEO standpoint, subtitles are usually just written off as other pieces of metadata. Unlike standard metadata however, the subtitle is a pretty prominently displayed piece of information. They’re used so that readers can easily navigate information in an article from a glance. And yes, your readers do read them. Gear subtitles towards them, but maintain a reasonable compromise with appeasing Google. In fact, Google does a great job of describing their purpose in their SEO starter guide.

There is no law that says a subtitle can’t be both readable to the human eye and keyword/search engine friendly as well. Maintain a healthy balance and use the subtitle to expand curiosity carried over from the original title.

As we’ve said before, titles are shallow. They need to attract a scrolling eye away from a distracting feed. They do not need to be Pulitzer worthy. They do not have to be profound. Your content, on the other hand, does. Though it may seem in poor taste to some, it is more than fair to use a clickbait-esque title to attract attention to a really solid piece of content.